Father Damien, seen here with the Kalawao Girls Choir during the 1870s.

Father Damien or Saint Damien of Molokai was a Roman Catholic priest from Belgium and member of the Congregation of the Sacred Hearts of Jesus and Mary, a missionary religious order. He won recognition for his ministry to people with leprosy who had been placed under a government-sanctioned medical quarantine on the island of Molokaʻi in the Kingdom of Hawaiʻi.

After sixteen years caring for the physical, spiritual, and emotional needs of those in the leper colony, he eventually contracted and died of the disease, and is widely considered a "martyr of charity". He is the ninth person recognized as a saint by the Catholic Church to have lived, worked, and died in what is now the United States.

Damien was born Jozef ("Jef") De Veuster, the seventh child and fourth son of the Flemish corn merchant Joannes Franciscus De Veuster and his wife Anne-Catherine Wouters in the village of Tremelo in Flemish Brabant. He attended college at Braine-le-Comte, then entered the novitiate of the Congregation of the Sacred Hearts of Jesus and Mary in Leuven, taking the name of Brother Damianus (Damiaan in Dutch, Damien in French) in his first vows, presumably in reference to the first Saint Damian.

Following in the footsteps of his sisters Eugénie and Pauline (who became nuns) and brother Auguste (Father Pamphile), Damien became a Picpus Brother on October 7, 1860. His superiors thought that he was not a good candidate for the priesthood because he lacked education. However, he was not considered unintelligent. Because he learned Latin well from his brother, his superiors decided to allow him to become a priest. During his ecclesiastical studies, he would pray every day before a picture of St. Francis Xavier, patron of missionaries, to be sent on a mission.Three years later his prayer was answered when, because of illness, Auguste could not travel to Hawaiʻi as a missionary, and Damien was allowed to take his place.

On March 19, 1864, Damien landed at Honolulu Harbor in downtown Honolulu as a missionary. There, Damien was ordained to the priesthood on May 21, 1864, at the Cathedral of Our Lady of Peace, a church established by his religious order. In 1865, he was assigned to the Catholic Mission in North Kohala on the island of Hawaiʻi.

Father Damien in 1873 before
he set off for MolokaʻiWhile Father Damien was serving in several parishes on the island of Oʻahu, the Kingdom of Hawaiʻi was facing a public health crisis. The Native Hawaiians became afflicted by diseases introduced to their islands by foreign traders and sailors. Thousands died of influenza, syphilis and other ailments which had never before affected them. This included the plight of leprosy (Hansen's disease). At the time, leprosy was thought to be highly contagious (we now know that 95% of the general population has immunity) and was thought to be incurable.

In 1865, fearful of its spread, the Hawaiʻi Legislature passed and King Kamehameha V approved, the "Act to Prevent the Spread of Leprosy" which quarantined the lepers of the kingdom and moved them to settlement colonies known as Kalaupapa and Kalawao at the east end of the Kalaupapa peninsula on Molokaʻi. Kalawao County, where the village is situated, is divided from the rest of the island by a steep mountain ridge, and even today the only land access is by a mule track.

Over 8,000 people were sent to the Kalaupapa peninsula from 1866 to 1969. The Royal Board of Health provided the quarantined people with supplies and food but did not yet have the resources to offer proper healthcare. According to documents from the time, the Kingdom of Hawaiʻi did not plan the settlement to be in disarray but did not provide sufficient resources and medical help.[3] They planned on the inhabiting sufferers to grow their own crops, but because of the nature of the environment and their sickness, it was nearly impossible. By 1868, according to the Catholic Encyclopedia (1911), "Drunken and lewd conduct prevailed. The easy-going, good-natured people seemed wholly changed."

While Bishop Louis Désiré Maigret, vicar apostolic, believed that the lepers at the very least needed a priest to minister to their needs, he realized that this assignment could potentially be a death sentence, and thus did not want to send any one person "in the name of obedience". After prayerful thought, four priests volunteered. The bishop's plan was for the volunteers to take turns assisting the distressed. Father Damien was the first to volunteer and on May 10, 1873, Father Damien arrived at the secluded settlement at Kalaupapa, where Bishop Maigret presented him to the 816 lepers living there. Damien's first course of action was to build a church and establish the Parish of Saint Philomena. His role was not limited to being a priest: he dressed ulcers, built homes and beds, built coffins and dug graves. Six months after his arrival at Kalawao he wrote his brother, Pamphile, in Europe:     ...I make myself a leper with the lepers to gain all to Jesus Christ.

Damien's arrival is seen by some as a turning point for the community. Under his leadership, basic laws were enforced, shacks became painted houses, working farms were organized and schools were erected. At his own request, and that of the lepers, Father Damien remained on Molokaʻi.

In December 1884 while preparing to bathe, Damien inadvertently put his foot into scalding water, causing his skin to blister. He felt nothing. Damien had contracted leprosy. Despite this discovery, residents say that Damien worked vigorously to build as many homes as he could and planned for the continuation of the programs he created after he was gone.

Masanao Goto, a Japanese leprologist, came to Honolulu in 1885 and treated Father Damien. It was his theory that leprosy was caused by a diminution of the blood, and his treatment consisted of nourishing food, moderate exercise, frequent friction to the benumbed parts, special ointments and medical baths. The treatments did, indeed, relieve some of the symptoms and were very popular with the Hawaiian patients. Father Damien had faith in the treatments and stated that he wished to be treated by no one but Dr. Masanao Goto.

Dr. Goto was one of his best friends and Damien's last trip to Honolulu on July 10, 1886, was made to receive treatment from him.

In his last years Damien engaged in a flurry of activity. While continuing his charitable ministrations, he hastened to complete his many building projects, enlarge his orphanages, and organize his work. Help came from four strangers who came to Kalaupapa to help the ailing missionary: a priest, a soldier, a male nurse, and a nun.

Louis Lambert Conrardy was a Belgian priest. Mother Marianne Cope had been the head of the Franciscan-run St Joseph's Hospital in Syracuse, New York. Joseph Dutton was an American Civil War soldier who left behind a marriage that had been broken by alcoholism. James Sinnett was a nurse from Chicago. Conrardy took up pastoral duties; Cope organized a working hospital; Dutton attended to the construction and maintenance of the community's buildings; Sinnett nursed Damien in the last phases of the disease. An arm in a sling, a foot in bandages and his leg dragging, Damien knew death was near. He was bedridden on March 23, 1889, and on March 30 he made a general confession and renewed his vows. On April 1, he received Holy Viaticum and on April 2, Extreme Unction.


Father Damien died of leprosy at 8:00 am on April 15, 1889, aged 49. The next day, after Mass by Father Moellers at St. Philomena's, the whole settlement followed the funeral cortège to the cemetery where Damien was laid to rest under the same Pandanus tree where he first slept upon his arrival on Molokaʻi.

In January 1936, at the request of the Belgian government, Damien's body was returned to his native land. It was brought back aboard the Belgian sailing ship Mercator and now rests in Leuven, an historic university city close to the village where Damien was born. After his beatification in June 1995, the remains of his right hand were returned to Hawaiʻi, and re-interred in his original grave on Molokaʻi.
[edit] Order of Kalākaua

King David Kalākaua bestowed on Damien the honor Knight Commander of the Royal Order of Kalākaua. When Princess Lydia Liliʻuokalani visited the settlement to present the medal, she was reported as having been too distraught and heartbroken to read her speech. The princess shared her experience with the world and publicly acclaimed Damien's efforts. Consequently, Damien's name was spread across the United States and Europe. American Protestants raised large sums of money for the missionary. The Church of England sent food, medicine, clothing and supplies. It is believed that Damien never wore the medal given to him.

In both the Latin Rite and the Eastern Rites of the Catholic Church, Damien is venerated as a saint, one who is holy and worthy of public veneration and invocation. In the Anglican communion, as well as other denominations of Christianity, Damien is considered the spiritual patron for leprosy and outcasts. As the patron saint of the Diocese of Honolulu and of Hawaiʻi, Father Damien Day is celebrated statewide on April 15. Upon his beatification by Pope John Paul II in Rome on June 4, 1995, Blessed Damien was granted a memorial feast day, which is celebrated on May 10. Father Damien was canonized by Pope Benedict XVI on Sunday October 11, 2009. The Catholic Encyclopedia calls him "the Apostle of the Lepers", and elsewhere he is known as the "leper priest". 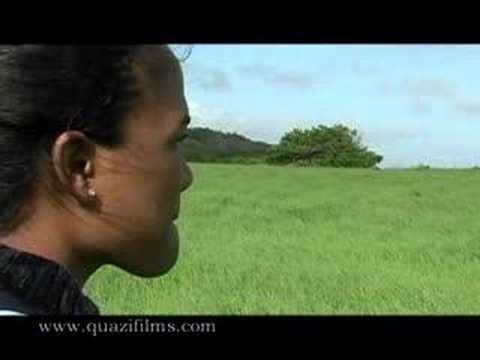 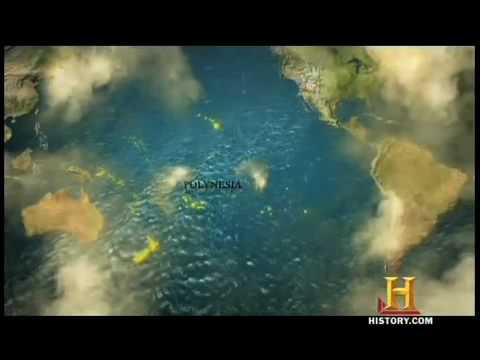 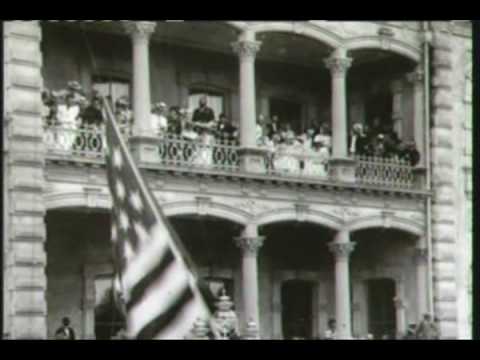 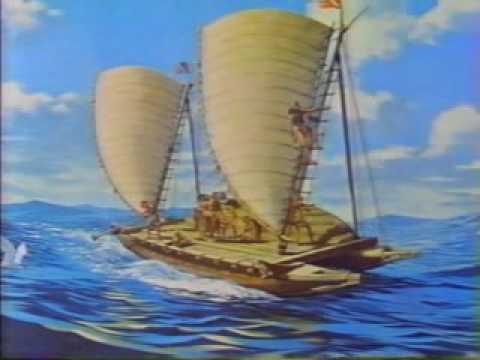 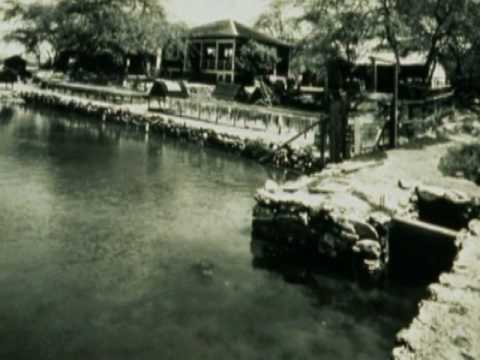